More often than not, unknown numbers are spam. Answering a phone call from an unknown number is like stepping off a ledge with your eyes closed before even gauging how high it is. You have absolutely no idea of the outcome.

If that person has your number, and it’s urgent they can send you and SMS stating what they need to know from you and that you should phone back.

I also firmly believe that email is a better form of communication, especially in the freelancer/business world. It’s a permanent record of who said what and when. That being said, our next point brings us on to the topic of email;

…or last thing in the day. This is something you can read extensively about. There are many successful business people that start their day by reading email, whatsapp or other IM platforms. There are probably a lot more relaxed successful people that start their day without reading email and communication mediums. You can think of these platforms as “Other people’s Todo List for you”. There is no reason to attend to other people’s demands of your time before you attend to your priorities. That goes for reading email and communication applications before bed too, by doing this you’re allowing other people’s issues permiate into your valuable sleep.

3. Don’t agree to meetings and calls with no agenda.

The purpose of meetings should always be to find an actionable solution to an established problem. You could call a meeting to establish a problem, but you must always focus on finding an actionable solution. I’ve been in far too many meetings where it’s turned into a complaint fest with nothing being achieved in the long run.
Again, but agreeing to meetings with no agenda. You’re going in blind and you’re gambling with your time.

Learn to say no to meetings. If you don’t believe you’re needed there or they seem counterproductive, say no. The unfortunate reality in many workplaces is that there will be meetings that are counter productive and you will have no control of that. Be driving force in that meeting that initiates an actionable change.

In this day and age it’s become common place and normal to carry your phone with you 24/7. Not only is it perfectly normal to carry your phone with you everywhere you go – it’s perfectly normal to check it, constantly. I’ve always had this niggle deep down within, that’s told me not only that it’s not healthy for my mental health. More recently I’ve noticed it’s not healthy for productivity as well.

On my phone I’ve disabled the small LED indicator that tells me when there is a notification. It’s that small light or that familiar sound – “The notifcation tone” that lures me into that dangerous mindset of living re-actively rather than proactively. I’ve always loved the simple saying: “Your phone works for you, you don’t work for it.” The scary reality is though, that a majority of us work for our phones. Turn your phone into a tool in your tool box, don’t let it be your Master.

As I said in the title, I’d even go as far as to try taking an entire day off from your phone once a week. When I first heard Tim Ferris, suggest this I thought “are you insane, an entire day cut off from the outside world?” That got me thinking though, I think it’s more insane that we have the expectation placed on us to be constantly available to the outside world, 24/7.

5. Don’t expect work to fill a void that non-work relationships should

Unfortunately, for many people these days, work fills a void that should be filled with meaningful relationships such as the ones you have with Friends and Family. It’s a dirty trick that many corporations play on us. They reward us endlessly for working harder and spending more time on the company premises. Freelancers can also fall into this trap. By spending more time working, you’re instantly receiving more money and therefor there is an instant temptation to work harder. Human beings are wired to be social, don’t let your work replace human interaction. Meaningful human interaction. 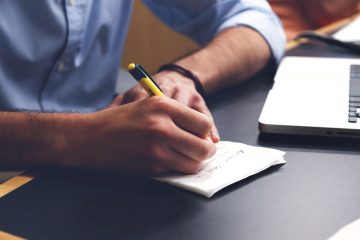 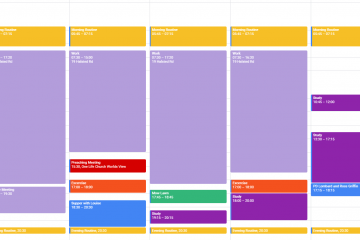